2020 has been a bittersweet year for me; a challenging, disjointed and often scary year for all of us but tempered by gratitude. Throughout the Summer I was fortunate enough to be in a position to offer our (naturally socially distanced) stand up paddleboarding lessons and tours to some wonderful people when conditions and guidelines allowed for it. Being able to offer some respite from the chaos, out on the water, getting some meaningful exercise and headspace close to nature was a real privilege.

In 2021 we are focusing heavily on what we can give back to that environment that took care of us as we started our new family business and allowed us to share it's beauty with you. This is what our 'Stand up For Nature Campaign' is all about. For every ticket we sell this year we will be taking some of that money and putting it towards that campaign in two ways. For every single person that paddles with us this year we will plant a tree (more on that soon), and for every ticket you buy we will add £2 to a fund to support the Kemerton Conservation Trust, a very local organisation that is dedicated to looking after the very riverside environment that we get to enjoy.

I spoke to Kate from the KMC to find out a bit more abut what they do, what sort of wildlife we get along our stretch of the River Avon and how the money we donate from each ticket you buy helps to directly look after our local wildlife!

Who are the Kemerton Conservation Trust and what do you look after?

Kemerton Conservation Trust is a local charity that conserves wildlife and places of beauty in Gloucestershire and Worcestershire. Much of the Trust’s activity takes place in the area surrounding Bredon Hill, where there is a concentration of traditionally-managed farmland and woodland habitats and flood meadows which are exceptionally rich in fauna and flora. We own five wildlife sites and lease two others, including our flagship Kemerton Lake Nature Reserve near Bredon. Three of our wildlife sites are on traditional flood meadows adjoining the Rivers Avon and Severn, including several parcels on Upton Ham SSSI at Upton-upon-Severn, several parcels on Twyning Ham near Tewkesbury and two parcels on Asham Meadow near Eckington Bridge.

We have seen lots of beautiful wildlife along the River Avon this last year, what exciting riverside life should be on the lookout for on our SUP safaris?

Otters remain elusive, although there are regular sightings on the River Avon, but Kingfisher and Cormorants will be visible when out and about. Early mornings or late evening is the best time to spot deer coming to the riverbank to drink. The River Avon at Eckington has a population of the nationally scarce Common Clubtail Dragonfly, which are yellow and black with a distinctive club-shaped tail. If spotted, it should be reported to Worcestershire Biological Records Centre. You can also spot Scarce Chaser dragonflies on that section of the river in the late spring and early summer. The Avon and Severn vales also remain a stronghold for lowland Curlew on traditional meadows.

We've seen curlews flying over the Sailing Club where we're based and near Eckington Bridge which is wonderful, but we've heard that curlews might be struggling, how are they doing?

Curlew numbers have plummeted across Britain in recent years, primarily as a result of a loss of their nesting habitat. Many Curlew breed in hay meadows along rivers and need time to get chicks out of the nest. Most hay meadows are now cut much earlier than they once were, destroying nests in the process. Traditional flood meadows such as Twyning Ham and Upton Ham are vital for these birds as the hay is cut late enough to safeguard nests but in some areas dog disturbance during breeding season is also a real problem as they are ground nesting birds.

"The Curlew is one of our most rapidly declining breeding bird species showing a 46% decline across the UK from 1994-2010 with this figure exceeding 50% in Wales and Scotland. The UK holds 28% of the European breeding population and in response to these declines, and those seen elsewhere in Europe, the species has recently been listed as globally near-threatened, one of the few British species on this list" British Trust For Ornithology

Why do the environments that you care for need help?

With the world facing an enormous loss of biodiversity and habitat loss and fragmentation, caused largely by human activity, the entire countryside in England needs help to support as much wildlife as possible. We manage traditional flood meadows where the right management allows wildflower to flourish and rare birds to breed, traditional orchards where planting and maintaining a wide range of fruit trees creates homes and food for many different animals including some rare invertebrates, and wetlands where regular work is needed to ensure the reed-beds flourish and provide nesting habitat for many birds as well as dragonflies and other wetland species. Our woodlands also need new trees planting, established trees thinned out and scrub managed. In addition, some of our work is focussed on providing well maintained paths and hides etc for our visitors.

We donate money from each paddle ticket to the KCT; how does this money help support the local environment?

Money raised by Wittering SUP goes directly towards paying for the materials and equipment we use to carry out our conservation work, it also helps with general running costs for the charity. The Trust is run by volunteers and the majority of our habitat management and other activities is carried out by volunteers, so we make sure the money we receive from donations is put to excellent use.

What general advice would you give to paddlers (or anybody enjoying the river and riverside environments) when it comes to being mindful of the environment they are enjoying?

Remember that it’s a home for many wild animals and that disturbing them should be avoided as much as possible. Keeping quiet and mindful of your surroundings also means you are more likely to spot something wonderful. Take all litter home, avoid damaging river banks and vegetation, ensure your equipment is cleaned before moving from one river to another to prevent the spread of invasive non natives and diseases that can wipe out wildlife, and if you spot nests or baby animals, do not approach too close, enjoy them from a safe distance. Also, watch out for territorial swans!

It's more important than ever that we all do our bit, however small, to help get the environment and the climate back on track not just for the benefit of our local wildlife but so that future generations can enjoy these beautiful environments that we must never take for granted.

Hopefully we'll see you for a paddle soon and I'll get the chance to tell you more about it while we're out on the water :) 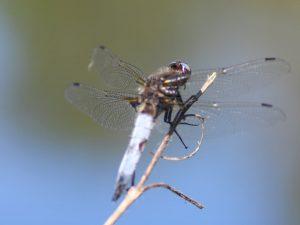 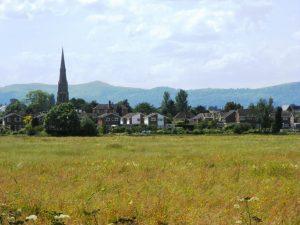 Click here to book your beginner's river adventure with us :)